Why are Democrats and leftists allowed to be racists and say as much racists stuff as they want without any consequences? If a conservative, a Republican, a straight white male, President Trump, or anyone outside of leftist group-think said any of these things, they would be blasted all over mainstream media and would be suspended or banned from most social media sites.

People like Alex Jones, Milo Yiannopoulos, Steven Crowder, Candace Owens, James Woods, Paul Joseph Watson, and Laura Loomer have all been punished at some point for such crimes like having conservative thoughts, calling a lispy queer at Vox a lispy queer, having an interview with someone “controversial”, or reposting a racist tweet that was up for over four years but substituting the word “white” with “black” and “Jewish”. Heck, people waste hours watching President Trump’s Twitter for anything they could potential construed as racist.

Meanwhile, race hoaxes continue to occur such as Erica Thomas, Jussie Smollett, and Nathan Phillips where everyone jumped to conclusions of racism only for the truth to come out later. And that’s just in 2019.

Yet, time and time again, people on the left have said and posted some outrageously racist things. I’m just going to post a sampling here. I’ll let you be the judge. 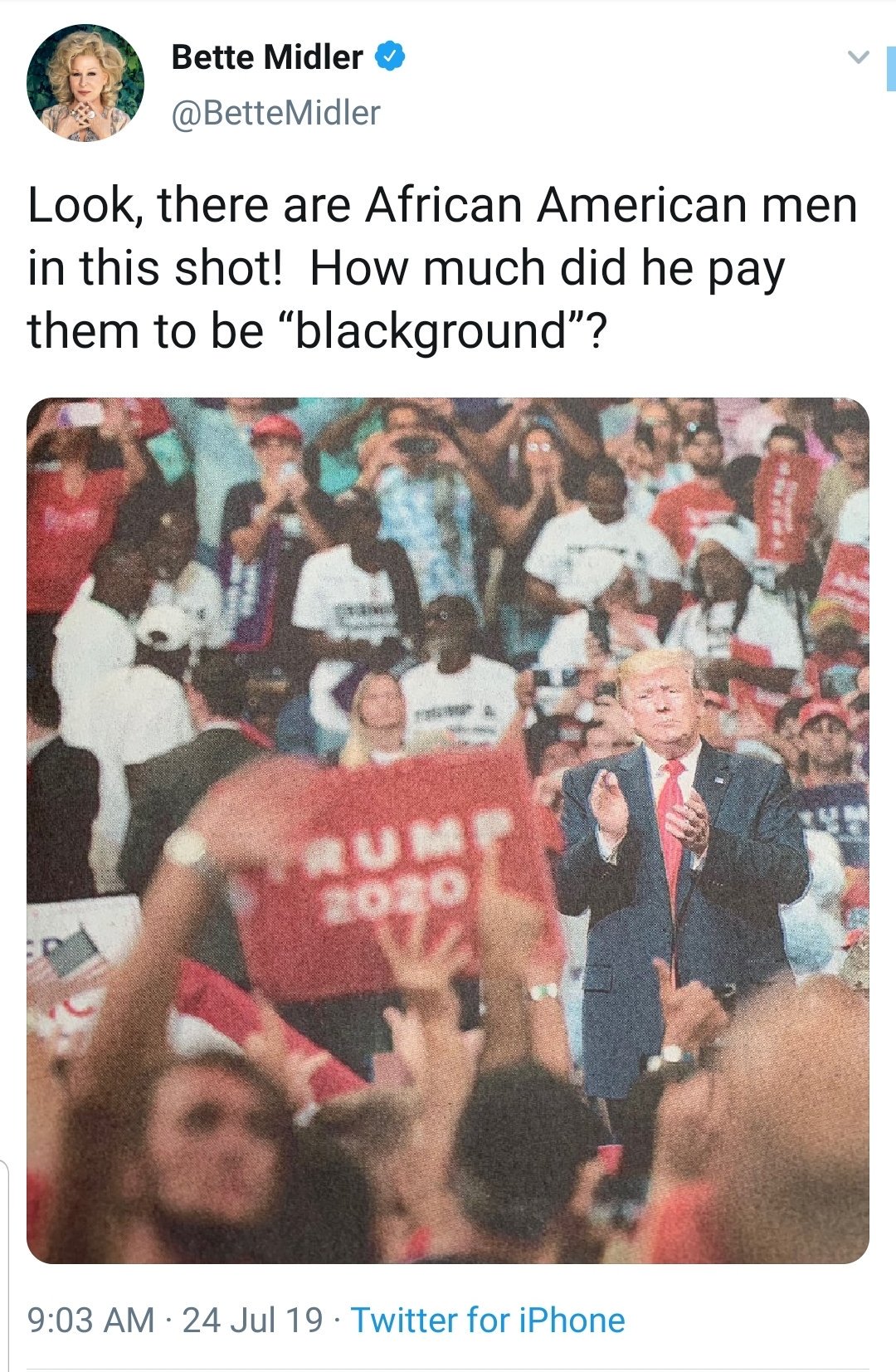 Total bravery from @RashidaTlaib as she reminds the nation that tokenism *is* racism https://t.co/z7K0idYd0F

AOC accuses the United States of running concentration camps on the southern borderpic.twitter.com/OMQtmwWGe0

Democrats have redefined racism precisely so people like Sarah Jeong can say racist things and still get jobs at the New York Times. pic.twitter.com/ibjWFy5NLi

And these are just some of their words. This isn’t accounting for their policies and views which are ridiculous, racists, and anti-Semitic. If you think that someone should take a back seat and shut up because they are white, Christian, Jewish, straight, or male, or if you believe people should have a right to speak over others because of what group they belong to, well…

comments powered by Disqus
This Bracket Business All Over Again