In case you’ve missed the news, the Powerball jackpot is now up to $1.5 billion. That’s BILLION with a B.

Yowzer!!! That’s a lot of money. Life altering money. And yet, it won’t change a thing. Every single one of you reading this who decides to play won’t win. I can safely say that given that the odds of winning are 1 in 292 million. For whoever does win, problems will come with it. There will be random relatives and friends who you have never met or haven’t see in ages asking you for money. Your name and images will most likely be all over the media. You’ll be tempted to buy whatever you want and invest in ill-fated business and schemes because you can.

I won’t be playing. I don’t win anything anyways so there’s no point in trying. However, I have others reasons for not playing. There’s a reason why I call the lottery “The Poor Person’s Sweepstakes”. Lotteries, in general, prey on the poor and elderly who are so down on their luck that they’ll use their last dollar just for an opportunity to make more money. In fact, The Consumerist suggests that those who make under $13,000 per year spend up to 9% of their income on the lottery. That’s about $1,170/year or $3.21/day. Having grown up poor and seeing poor people play the lottery just about every single day, this isn’t hard to believe. They would have been better off saving that money for food, utilities, emergencies, or putting it into an index fund and using it to move themselves from poverty.

Playing the lottery for some people is a habit, a thrill, an addiction. People watch the lottery drawings like they’re watching a game show. When the jackpot get this big, a lot of normal, middle class people are tempted to play as well. This is one temptation I’ll have no part in. I’ve spent an adulthood trying to do the opposite of what my parents have done to avoid some of the pitfalls that they’ve fallen into in fear that I may be tempted by the same things which have tempted them. Knowing that I may be more prone to addiction, I need to be constantly vigilant to anything which can potentially trap me.

Naturally, the Bible always has something to say on matters like these:

“But godliness with contentment is great gain. For we brought nothing into the world, and we can take nothing out of it. But if we have food and clothing, we will be content with that. Those who want to get rich fall into temptation and a trap and into many foolish and harmful desires that plunge people into ruin and destruction. For the love of money is a root of all kinds of evil. Some people, eager for money, have wandered from the faith and pierced themselves with many griefs.”

Isn’t it strange how God’s word actually predicts exactly what’s going to happen? Here’s what happened to some winners. And some more. And some more after that. Think about it. Nothing good happens to those who chase riches for their own desires. Playing the lottery is the same thing as gambling. Chasing money instead of God never ends well. After all, we cannot serve two masters.

I want to touch on a previous point in regards to poor people spending money on the lottery. A lot of people recklessly spend their precious few dollars on the lottery instead of saving it for a rainy day. We are talking about millions of people who have proven to be untrustworthy with a little money. Yet we think that these same people can be trusted with life-altering money. I wish someone noteworthy and famous said that. Oh wait…

So should I waste my money playing something I have no chance of winning in the first place while risking the chance of becoming addicted knowing that even if I do win, the government takes over half of the money and more troubles will follow yet ignoring God’s word stating that this is evil? 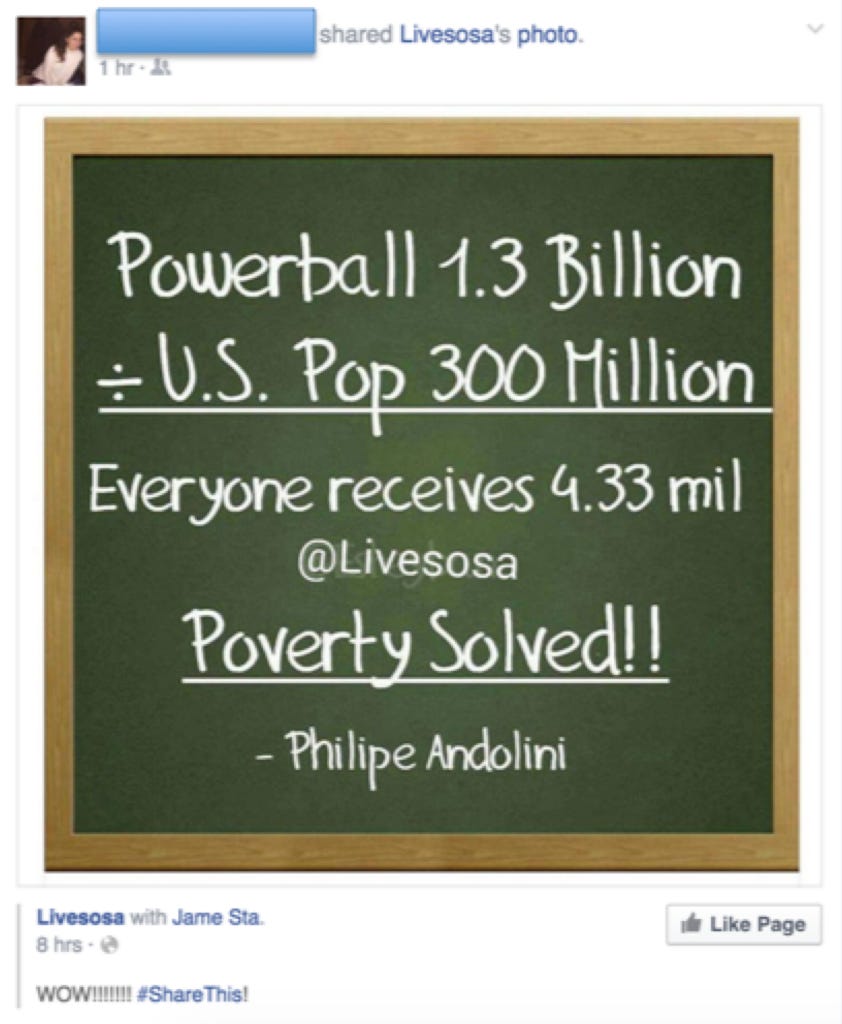